During the session, the goal is to identify what stresses are inhibiting the client’s optimum health and well-being. Testing is performed on an energetic level so this is not a diagnosis and no medical advice is given during the session. Once these energetic stresses are identified, various energy techniques are used to eliminate them. Clients might be taught naturopathic techniques and might be given nutritional advice to implement between the sessions.

So, what are these stressors that can get tested for?

It is now widely accepted that there is a profound connection between the physical and the psychological. By working on the deep seated limiting beliefs, psychological traumas and conditioned responses, I witness clients feeling better both physically and emotionally.

People can often be allergic to different foods without having an immediate and obvious reaction. A histamine response to a food that the body is allergic to will compromise it’s ability to heal. A small selection of foods that people are commonly allergic to are routinely tested for in the sessions. I also have a test kit with 200 food and drink items, which can be used for a more in-depth testing, on request. Sometimes an allergy, sensitivity or an intolerance can be corrected. Usually, people have to avoid these foods for a short while and in some cases for prolonged periods of time. It is important to note that food sensitivities can change so it is prudent to retest after a period of time.

Pollens can also be an irritant in some individuals. In most cases we can identify these using in house test kits. Sometimes however it is preferred to bring local pollens, especially as they can change from year to year. An easy method for pollen collection is taught in the session. If grass pollens are positive, they often have a high correlation with grain sensitivities and dysbiosis, which then need to be addressed.

Chemical that are tested for are food additive, dentals, industrial and environmental, pesticides, personal care and so on.  Some people are not efficient at detoxing chemical toxicity. Once chemical toxicity sensitivities are identified, an individual will be advised to avoid chemicals by leading a more organic life style. Various detox techniques and supplementation are also implemented to assist the body in elimination of the toxic build up. It is important to note that dysbiosis, food sensitivities and nutrient deficiencies are a major cause of chemical sensitivity and has to be corrected to achieve lasting results.

Heavy metal toxicity can be a real issue for some people. Problem can arise either from over exposure or from not being able to break down and/or excrete them. There are a number of heavy metals such as mercury, aluminium, copper, lead and so on that are harmful if they build up in the body.  We are exposed to them in every day life. For example, sources of mercury toxicity can be: mercury fillings, vaccinations or fish such as tuna. Aluminium can be found in pots and pans, drinking water, rice, cheese, medications and vaccinations.

If mercury toxicity is identified, a course of action is carefully devised, depending on what the body is testing up for. It might seem like removal of mercury fillings and heavy metal detox is the obvious thing to do but…. if done too soon and too fast, it can cause more problems than the client came in for because detoxification pathways may not be in place to handle the release of heavy metals.

Infection can be anything from fungus, bacteria, virus, parasites and worms. Lyme, Candida, H. Pylori and  SIBO (Small Intestinal Bacterial Overgrowth) fall under this category. If infections come up, we discern, which type of infection it is and where it came from.

Biofilm is a sticky, slimy substance consisting of fibrin, bacterial break down products, polysaccharides and so on. Microbes can hide in biofilm, making it difficult for immune system and antimicrobial system to attack them. Using kinesiology testing to identify biofilm is a perfect example where body’s wisdom is paramount in achieving the best outcome.

For example, anyone can start attaching the biofilm using methods such as high dose enzymes. However, breaking down biofilm, can unleash a whole army of microbes that the body might not be equipped to deal with. Harnessing the body’s wisdom, we work in priority.  We utilise methods which will enable the most smooth and effective healing to take place that an individual is ready for.

Mycotoxins are produced by molds or fungi and may be present in the fat tissue, in the brain and so on. Getting rid of the mold and fungal issue might not be enough and mycotoxins might have to be addressed specifically.

Most people have heard of gluten or lactose. These are food toxins. Some people do fine on them but those sensitive to them can react in a number of different ways and sometimes these reactions are undetected.

A lot of these foods are normally known for their health benefits. For example tomatoes are rich in lycopene and goji berries are meant to be one of the best sources of vitamin C and other anti-oxidants. However, if someone is sensitive to solanine, found in nightshade foods, this sensitivity will override any benefit.

If food toxins come up, clients are advised to avoid them for a tested period of time and supplementation will be tested up to help them with the excretion of the build up of these food toxins.

Hypercoagulation occurs when fibrin forms quicker than it can be degraded. This happens either because of over production or insufficient breakdown. Fibrin is an insoluble protein that forms a fibrous mesh that impedes the flow of the blood. This can lead to conditions such as strokes, heart attacks, miscarriages and deep vain thrombosis. Fibrin is similar to biofilm in that pathogens can “hide” there. Addressing hyper coagulation can be a piece of the puzzle for clients with chronic conditions, who can’t get better despite “having done everything”.

Due to soil depletion, pesticides, herbicides, radiation of our food supply and so on, most people are nutrient deficient. Malabsorption, is another reason for nutrient deficiencies. Intestinal inflammation, low stomach acids, parasites, candida, leaky gut, are just some of the reasons why people might not be absorbing their food efficiently. Kinesiology testing can identify what nutrients the body is deficient in, however simple supplementation might not be addressing the cause of deficiencies.

Once the primary causes of nutritional deficiencies are addressed, people need much lower doses of supplements and need to take them for a shorter period of time. Killing off microbes, opening up detoxification pathways, pulling metals out of storage and removing adverse foods can decrease the need for many nutrients or can temporarily increase the need for others.

I ask people to bring supplements they are currently taking to test during the session. Some supplements might actually be weakening because of poor quality. Some people might react to packaging, fillers and extraction method. Some herbal product from questionable sources can be infected and/or be chemically treated. At other times, the product by itself is of supreme quality but it might be inappropriate to use at that moment in time.

For example, it might cause too much of a bacterial die off or detoxification, which their routs of elimination such as liver, bowels and lungs are not ready to handle. This, in turn will make the client worse than they were in the first place. Also, people might have sensitivities to individual ingredients such as a particular herb in products with multiple ingredients, so an otherwise good product, might not be appropriate for them.

Most of the supplement I use are single ingredient products. This allows me to allow for biochemical individuality. Supplements that I work with, are of supreme quality and are broad spectrum in their application, therefore they can go a long way towards health restoration.

People have their own Electro Magnetic Field. Nerve impulses are transmitted electromagnetically. In the body, all the internal moist tissues are electrically conductive. On the subtle level, the meridian system is electromagnetic. Accupoints have a higher electrical charge and lower resistance than the tissue surrounding it. Our own EMF can be disturbed by anything that is plugged in, has a battery or WiFi. Very high frequency electromagnetic particles (photons) like X-Rays and tanning booths can breach chemical bonds and even damage DNA.

When explaining what EMFs are, I like to use the analogy of radio waves. Every person is like a radio channel that has its own frequency. When two frequencies interfere with one another, you get a crackling noise and maybe some transmission from different radio stations. This makes it difficult to hear the program that you tuned into. If EMF sensitivity is detected, it means that this individual gets more affected by the external EMFs than others. This could be due to high level of exposure, such as working in an office with a lot of electrical equipment or having a weakened body.

Once we detect EMF sensitivity, we can do some work in the session to strengthen the person. In some instances, they may need to be more careful with EMF exposure and may need to purchase some EMF protecting tools.

In Kinesiology organ screening is done biomagnetically and is not a diagnosis of a disfunction in the tested organs. Most organ findings are secondary to dysbiosis, food sensitivities, metal sensitivities and so on. Addressing the primary causes of the symptoms usually resolves the organ findings. Treating specific organs directly (Milk Thistle for liver and so on) will often take longer and/ or will not be sufficient. Organ screening is useful, however, as an indication of client progress.

Most of the work that I do on people happens on the subtle energy level. When explaining what this energy is, I like to compare it to blood flowing though blood vessels. Similarly, we have energy flowing trough various channels such as meridians, chakras and so on. We also have subtle bodies that expand outside of our physical bodies. These bodies include, etheric, emotional, mental, spiritual and so on. Then, there are different dimensions because we we are multi-dimensional beings and there is a lot more to us that meets the eye.

Some of this is easier to understand and other areas we delve into, can at times be unfathomable. You do not have to understand it or even believe in it. You do not even have to make a leap of faith. Once the work gets done, even the most logical sceptics get better. I believe that it is when working on this subtle energy level, that the most powerful work takes place and leads way for a magnificent transformation in people.

Intrusive Energy is another area that is rather “niche”. Not many practitioners work on this level. On the physical level, we have parasites and other invasive pathogens such as fungus, bacteria and viruses. These disturb the delicate balance of the complexity of the human being. They drain peoples energy and feed of their nutrients, pollute, irritate and so on. Just in the same way, there are energetic being that attach themselves to people and cause all sorts of disharmony. Just like there are methods for dealing with physical pathogens, so can people get cleared of energetic entities and feel so much better for it.

“Geo” is delivered from Greek, meaning “earth”. “Pathos” means “disease or suffering” so Geopathic means “suffering of the earth”. Sometimes, our health can be compromised by negative energies coming from the earth. Geapathic stress work, also known as dowsing can help to clear these subtle earth energies, which in effect help to make us feel better. 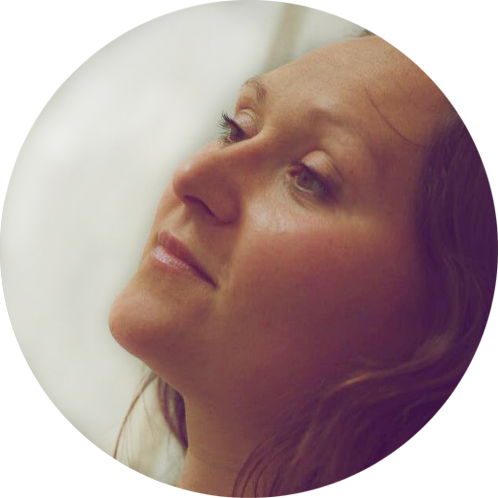